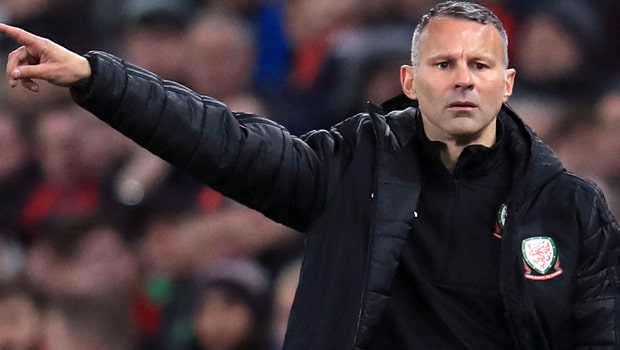 Ryan Giggs was impressed by the character shown by his Wales side in their 2-1 defeat at the hands of Denmark.

The loss means Wales cannot secure promotion to the top tier of the Nations League.

The Wales players reacted to an incident involving youngster Ethan Ampadu, who was bundled into the advertising boards by Denmark’s Kasper Dolberg.

Manager Giggs felt the response of his players showed their team spirit and character.

“I want to see it, as long as they don’t go overboard,” said Giggs.

“It shows they care, it shows they are not going to get bullied. I like that in a team. It shows tremendous character.

“As well as talent, you’ve got to have character to do well in this game. I was proud of them.”

He added: “I was proud of the players, how they reacted protecting a young player, which is how it should be.”

Ampadu was introduced as a substitute after James Chester picked up an injury and the latter will now miss Tuesday’s friendly trip to Albania as a result of that knock.

Paul Dummett also went off in the loss to the Danes and will not be involved on Tuesday.

Ampadu could be handed a starting spot and Giggs has confirmed Chris Gunter will be in his first XI.