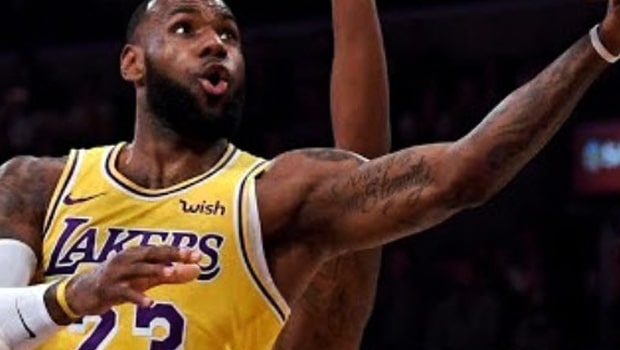 Los Angeles Lakers have to improve defensively if they are to mount a serious postseason challenge, according to LeBron James.

The Lakers went down 130-117 at Orlando Magic on Saturday night and James felt his team were guilty of making too many defensive errors.

“After the first quarter we were pretty bad,” he said.

“Defensively we had a lot of breakdowns, which is uncharacteristic of us as of late.

“We give Orlando credit, they got into positions where they just got the better of us, being in the right spots at the right time.

“Orlando have been playing well at home, scoring a lot of points, and we just didn’t have our defensive keys down like we have the last few games.”

The Lakers were missing injured veteran Rajon Rondo in Florida and James admits his absence comes as a big blow.

“Our rotation, we lose that a bit [without Rondo],” the 33-year-old added.

“A lot of guys are going into positions they haven’t been into the last five or six games.” Rondo sustained a hand injury in LA’s win over Portland Trail Blazers earlier this week and is expected to be missing for around three weeks.

The Lakers, who now have a record of 8-7 and are eighth in the Western Conference, are back in action on Sunday night when they head to Miami.

The Heat have a few injury concerns of their own with Dwyane Wade among their absentees.