Ryan Giggs admits to nerves ahead of Wales bow 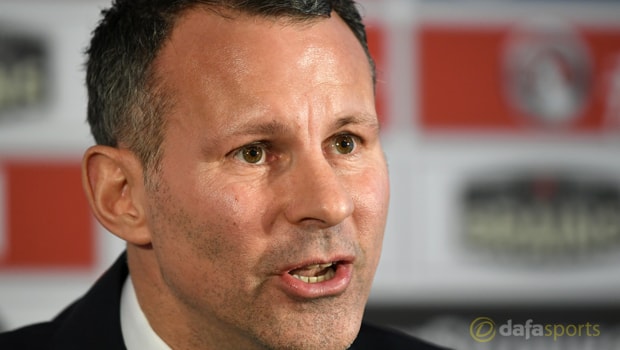 Ryan Giggs says he never got nervous during two decades as a player, but he admits to already feeling edgy ahead of his first game as Wales boss.

Giggs will take charge of his country for the first time on Thursday when they face the hosts in the China Cup at the Guangxi Sports Center Stadium in Nanning.

The 44-year-old says there are so many more variables to consider as a manager, whereas a player can retain focus on just getting their own performance correct.

“I never really got nervous as a player, but coming into management is completely different, as there are so many things to think about,” he said.

“As a player, you’re quite selfish and making sure you’re doing your job within the team. But as a manager, you are always thinking: ‘Have you forgotten anything? What can be improved?’

“So it’s about preparing the team as best I can with my staff, then you evaluate what you could do better and what you did well. It’s completely different from being a player.”

Giggs had a brief spell as interim manager at Manchester United in 2014 but leading Wales will be his first foray into management full-time. He wants results, and performances, to match.

“The most important thing is to win games. But in the right way, just like when I was a player,” he added.

“You want to play attractive football and entertain, but you have to do the basics like working hard as well.”