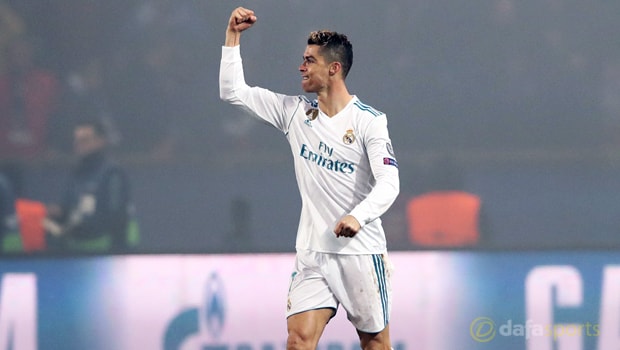 Cristiano Ronaldo says his unstinting belief that no player in the world is better than him is the reason why he’s had a remarkable year.

The Portuguese superstar has enjoyed a hugely successful 12 months for his club – again – winning five trophies, including a second-successive Champions League trophy, the La Liga title and the World Club Cup.

Both Ronaldo and Real endured a shaky start to the current season, but the 33-year-old has once again proven his quality in front of goal since the start of 2018, scoring 21 times in 13 appearances.

The five-time Ballon D’Or winner averages a goal every 60 minutes in the Champions League and he says he firmly believes there isn’t a player better than him in the world.

“We should always believe we are the best,” said Ronaldo.

“You need to think big. I always believe that nobody is better than me, out on the pitch at least.”

Madrid are still on course to win their third-successive Champions League gong this season.

Ronaldo’s remarkable European record has continued at pace, with a dozen goals in eight games helping Zinedine Zidane’s team into a quarter-final showdown with Juventus. He describes the last 12 months as a “dream year”.

“On a personal and collective level I have had a dream year. I won five trophies (Champions League, UEFA Supercup, World Club Cup, Spanish league title and the Spanish Supercup), the Ballon D’Or and the FIFA ‘Best’ title,” he added.