Jonathan Walters committed to Irish cause 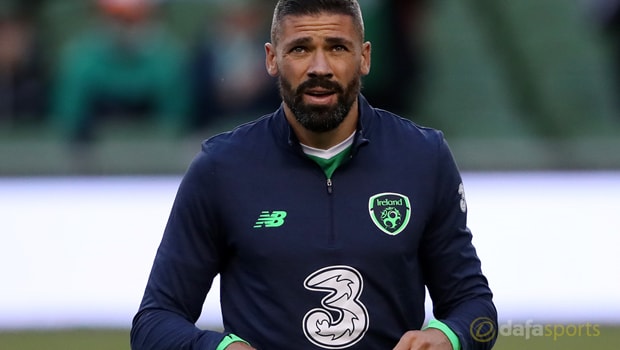 Senior members of O’Neill’s Ireland squad such as Daryl Murphy and Wes Hoolahan have announced their retirements from international football since the disappointing World Cup play-off defeat by Denmark in Dublin in November.

However, O’Neill says Walters is one player that has indicated a willingness to add to his 51 caps.

He said: “I think Jon would like to continue, depending on how things go in the next couple of months.

I think Jon will still want to play when he is 64! “He was very, very positive a couple of months ago and I met him down in London when he came down to a check up on how is injury was going.”

Having Walters’ experience in the camp when he returns to full fitness is something the Irish boss desires, especially with new and eager young forwards seeking to make an impression.

“I think that he can still bring value to the squad because at this minute we have got Shane Long and we have got the two young lads (Scott Hogan and Sean Maguire) now trying to impress, which is great,” he added.

“I also think he would be a great influence as well, a bit like John O’Shea was.”