Ruben Dias urges for unity amidst criticism of star 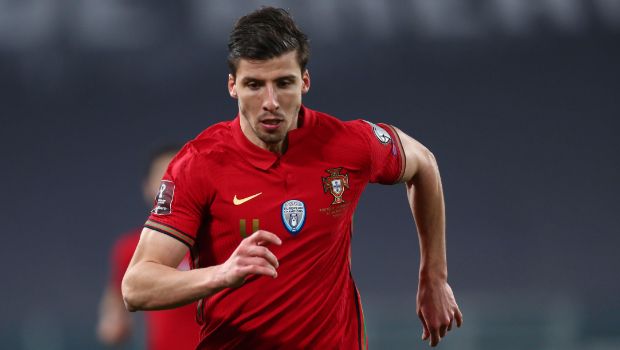 Portugal center-back Ruben Dias has called on critics, including the media, to go easy on skipper Cristiano Ronaldo.

The 37- year old forward has been the subject of criticism following the team’s outing against South Korea.

That led to an online poll by a certain Portuguese media outlet, with the results showing the Portugal fans want the wantaway United man dropped from their last-16 clash with Switzerland on Tuesday.

The final group H game against South Korea saw Fernando Santos’s men bow to a defeat despite progressing to the next round, as Ronaldo found it hard to influence the game.

With just a couple of off-target shots and getting caught offside three times before eventually getting subbed off at the beginning of the second period. This summed up a frustrating night for him.

Following these reactions and feelings amongst critics, Dias has now made a rallying call to support their talisman.

Ahead of the Switzerland game, Dias was quizzed as to if he wanted Ronaldo in the game. He revealed such questions to be pointed out to the player himself as he would not join others in talking down on Ronaldo.

” I want to make use of this opportunity for you, the press, to support Cristiano and us as well. He is a great guy and leader with a fantastic attitude”.

I’m pleading with you as we advance in this journey [Fifa World Cup], we want you to support us and do away with any sort of division.” he added.

Should Fernando Santos decide to drop Ronaldo, Portugal will have to bring in AC Milan’s Rafael Leao. The winger has been a substitute in all three group games, contributing immensely and also delivering results.

Portugal will hope to conquer Switzerland as they aim for the quarterfinals on Tuesday.