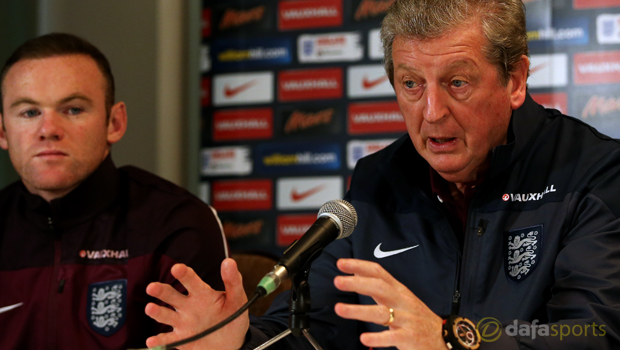 Manager Roy Hodgson believes England’s attacking options have never been better in the four years he has been in charge of the Three Lions.

The England boss says he is relieved that captain Wayne Rooney is back scoring goals regularly for Manchester United while the form of Harry Kane and Jamie Vardy gives him added options in terms of personnel and formation for this summer’s Euro 2016 Finals in France.

England skipper Rooney was enduring a testing run of form in the latter part of 2015 but the 30-year-old has now scored five times since the turn of the year and Hodgson believes England’s all-time leading goalscorer will have a key role to play in the summer.

“We are pleased Wayne has pulled himself out of that trough,” Hodgson told the BBC.

“He’s an important player, our captain and a player we need to depend upon for the Euros.”

It is not just Rooney that has been showing good goalscoring form.

Spurs frontman Kane has scored 15 Premier League goals while Vardy is the league’s leading goalscorer with 18 as Leicester continue to pursue an unlikely title win.

“We have a lot of possibilities in terms of formation,” said Hodgson.
“We can play in a diamond, or with one centre forward, and the big thing is Kane and Vardy who have both been such a sensation.”

Alli has impressed a lot of observers this season since moving to White Hart Lane and questions have been asked as to whether he and Barkley could fit into the same England midfield.

Hodgson says they are proving with their form that it can be done.

“We talked a lot about Ross and what he needs to add, if he can add a few more goals, and he is doing that now,” he added.

“We have several formations, there no reason why Ross and Dele can’t play in the same team because they are all-round players.”