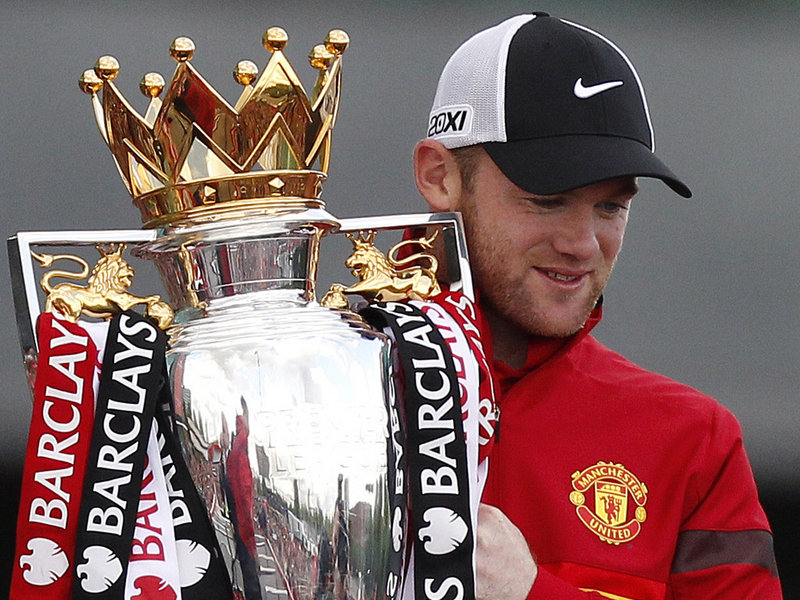 Supporters lined up in the streets of Manchester to welcome their 2012-13 league champions, especially retiring manager Sir Alex Ferguson, but boos and rants were heard when Rooney emerged with the trophy.

It was revealed by the Englishman’s manager on Sunday that the forward had asked for a transfer.

However, the former Everton star paid tribute to Ferguson, and sang praises for his mentor.

“He has been brilliant for us all,” said Rooney.

“He is a great manager. He is a winner and to do it for so long is incredible.

On the other hand, Robin van Persie was cheered on by the United faithful as he hoisted the title for the club – giving him his first taste of silverware on his debut season with the Red Devils.

“It is incredible, much nicer than I expected,” he said. “The medal has not left my neck since yesterday.

“It has been a really good year. The boys have been fantastic since day one.

As for Paul Scholes, who announced his retirement on Saturday, the fans showed their appreciation as he celebrated his 11th Premier League title.

“We set out each year to try and win the league. Most seasons we do it but it is good to see this turn out,” Scholes said.