Posted by OLADIPUPO MOJEED on September 27, 2019 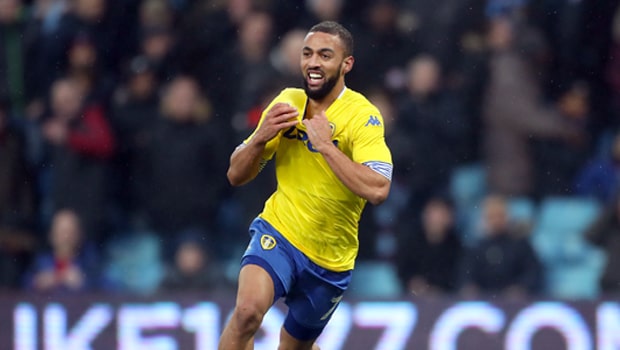 The forward returned to the star-studded team helping them beat Belgian side Beerschot AC 3-2 after extra time in the Belgian FA Cup.

The 26-year-old English player left Leeds in the summer after three years with his contract remaining 12 months, making Anderlecht pounce on the opportunity and secured his signature with £7million.

During his stint with the Championship side, the striker found the back of the net 33 times in 122 games and recorded 14 assists.

Roofe’s move to Belgium to Vincent Kompany’s side towards the end of the window forced Leeds to bring in a quick replacement from Arsenal Eddie Nketiah on loan. The young striker has already scored four goals for the Yorkshire side.

The former West Bromwich Albion pulled on the purple of Anderlecht on Wednesday night for the first time after overcoming injury, lining up alongside former Manchester City, Arsenal and West Ham star Samir Nasri, as well as Kompany and ex-Tottenham man Nacer Chadli.

Although the striker couldn’t open his goal account on the night, Frenchman Nasri got on the score sheet.

Roofe had his best chance just before the hour mark but could not connect with the ball. His time on the pitch ended in the first minute of injury time after he was replaced by Isaac Kiese Thelin.

Thelin rescued his team by scoring in the 106th minute to send Anderlecht into the next round of the Cup.

The striker will be delighted to get 90 minutes under his belt alongside some excellent players.

He might get another opportunity on the pitch as they take on Waasland-Beveren on Sunday afternoon with the hope of scoring his first goal for the star-studded team.

Currently 13th on the log with five points from eight games, Kompany’s lad will hope to get back to winning ways after losing their last two games.

With the team is still struggling in front of goal, it is hoped that the former Leeds United striker will be the solution to the problem.