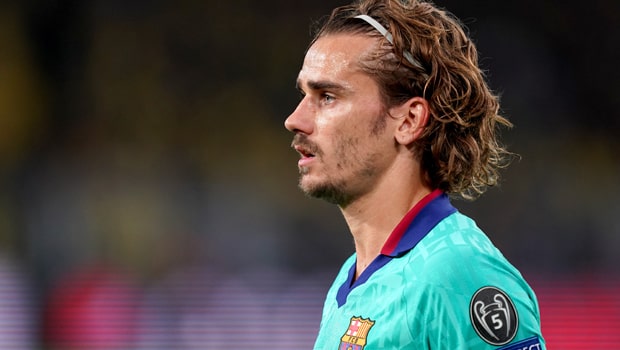 Barcelona have avoided serious penalties for an alleged breach of rules surrounding the transfer of Antoine Griezmann to Camp Nou.

The Spanish giants have been fined a token of €300 by the Royal Spanish Football Federation (RFEF) for their breach of rules in the signing of the World Cup winner.
According to Atletico Madrid, Barcelona reached an agreement to sign the forward when his release clause stood at £178m.

The Frenchman made a £107m switch to the Camp Nou instead, with this release clause dropping to that figure at the start of the same month.

Consequently, the Blaugranas have been fined for their actions and are now set to pay a fee of £300 for a breach in the rules.

It had previously been suggested that the Catalan club could be forced to play behind closed doors, but no official ban on supporters has been issued.

Atletico Madrid has ultimately been denied the £71m they feel they are owed. However, it remains to be seen how that would affect Diego Simeone.

When speaking ahead of his side’s clash with Celta Vigo, the Argentine gaffer said he was uninterested with facts surrounding the transfer of the 28-year-old.

Spanish publication El Mundo, lifted the lid on Barcelona’s alleged wrongdoings sometime in March. They claim they had access to emails which ultimately proved that the Blaugranas had already concluded agreements with the French man.

Griezmann, who made a summer move to the Camp Nou, has already settled well in the Catalan club, finding the net three times in his first six league appearances.

The World Cup winner has been an ever-present feature for Barcelona, partnering with Ansu Fati in the absence of the front trio of Luis Suarez, Ousmane Dembele, and Lionel Messi.

The 28-year-old is likely to retain his place in Ernesto Valverde’s starting XI ahead of Blaugranas’ visit to Getafe on Saturday. Afterward, the Spanish giants would be looking to take on Inter Milan in their Champions League encounter four days later.