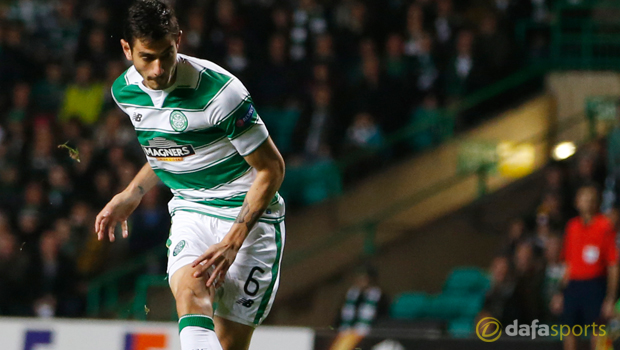 Celtic manager Ronny Deila has praised the ability of Nir Bitton and believes the midfielder will continue to be a crucial member of the first team for years to come.

The 24-year-old joined the club in 2013 for around £700,000 from Israeli Premier League club FC Ashdod and has become a regular starter over the last season-and-a-half.

His performances have steadily improved with every match and the experience of playing on the European stage, in Champions League qualifying and the Europa League, has been a massive help to his development.

Bitton was recently rewarded for his quick development with a new contract, and the Israel international put pen-to-paper on a deal that will see him stay at the Glasgow outfit until 2020.

Deila has been particularly impressed and the manager insists the schemer will be key to any success Celtic have in the future both domestically and European.

“He’s an important player, that’s why we wanted to give him a new contract and he wanted to stay here,” the Celtic manager said ahead of the UEFA Europa League match against Molde at Celtic Park.

“It’s a very good sign to every Celtic supporter that we have a player here that loves playing for the club, wants to stay here for several years and build something here,” he said.

“He’s a player who has skills that we can build a great team around and will make us even more success here.”

Celtic are currently top of the Scottish Premiership, having lost just one from 13, and they are six points clear of Hearts in second position.

The Bhoys travel to Ross County on Sunday and the visitors are 1.33 favourites to clinch all three points, a draw is priced at 5.25 while the hosts are big outsiders at 9.00.