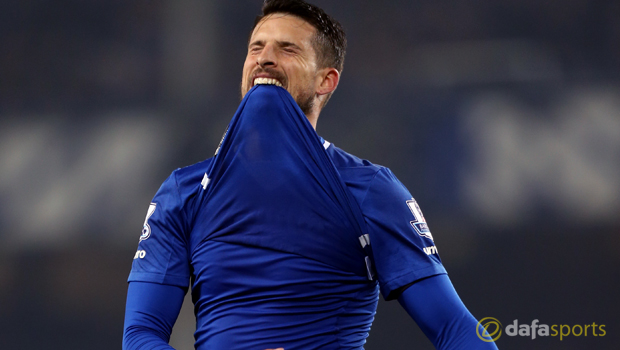 Everton manager Roberto Martinez has denied reports suggesting Kevin Mirallas is unhappy at the club is confident the winger will play a big role for the first team this season.

The Belgium international has not started a game since the opening-day draw with Watford and a lack of opportunities was said to be frustrating the 28-year-old.

He has made just five Premier League appearances but a couple of niggling injuries, and a three-game suspension for a red card in the stalemate with Swansea City on September 19, have been key factors in the reduced playing time.

Many believe the former Lille star will look for an exit in January to make sure he keeps his place in the national squad for the 2016 European Championships in France.

However, Martinez insists this is far from the truth and the Spaniard is adamant Mirallas will stay at the club and play a big part in helping them finish as high as possible in the table.

“Kevin has been a very, very important player while I’ve been at the football club,” he said. “He’s improved as a footballer and it’s important for us that Kevin is fresher now going into the second half of the season and we’ll get the benefit from that.”

The Toffees ended a three-game win-less run with a 6-2 hammering of Sunderland last time out, with Arouna Kone grabbing the headlines after bagging a hat-trick.

Victory has lifted the side to ninth in the table and they will be aiming to make it back-to-back wins on Saturday when they go up against West Ham United at the Boleyn Ground.

The Hammers, who are flying high in sixth, are slight favourites to get three points at 2.50, a draw is priced at 3.40 while the visitors are a 2.80 shot to succeed on the road.