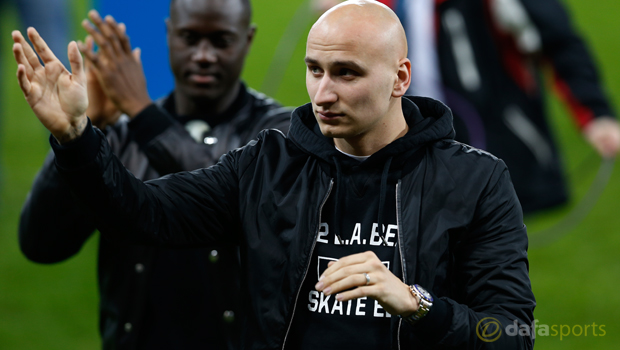 Newcastle are poised to sign England midfielder Jonjo Shelvey from Swansea for £12m.

The 23-year-old is expected to undergo a medical at St James’ Park on Tuesday before completing his switch.

The former Liverpool player has fallen out of favour at the Welsh outfit since Garry Monk left the club in December.

Alan Curtis will remain in charge of Swansea for the rest of this season and he has already admitted he cannot guarantee Shelvey the first-team football he craves in order to stay in Roy Hodgson’s England squad for next summer’s European Championship Finals in France.

Shelvey started Sunday’s FA Cup defeat to Oxford United but afterwards Curtis hinted his time at Swansea could be up.

“He wants first team football. It is a big season, coming up into the Euros,” said the Swansea boss.

“We can’t quite guarantee him first team football at the moment.”

Shelvey appeared three times during England’s perfect qualification campaign for Euro 2016 and he has six caps in total for the Three Lions.

He joined Swansea from Liverpool for £5m in July 2013 and made a strong impression in his first season as Monk led Swansea to their highest ever Premier League finish of eighth.

Things have been less promising for club and player this term, with Swansea currently languishing in 17th place in the table and Monk now departed.

He will become Newcastle’s second signing of the transfer window, following the capture of 25-year-old Senegal midfielder Henri Saivet from Bordeaux.

Shelvey will hope to recapture his form on Tyneside and retain favour with England boss Hodgson.

England face Wales, Slovakia and Russia at Euro 2016 this summer and are the 1.91 favourites to win Group B while they are priced at 13.00 to win the tournament.