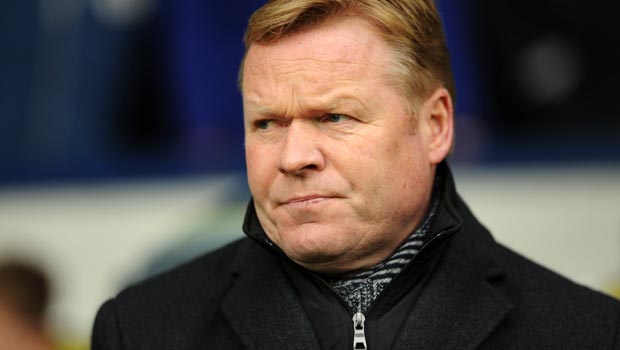 Ronald Koeman has set his sights on managing Barcelona one day but for now says he is fully focused on his job with Southampton.

The Dutchman has been a revelation since taking over Saints squad that had just lost a large proportion of their best players in the summer.

Even so they have surprised everyone and currently sit sixth in the Premier League table with nine games to go following Sunday’s 1-1 draw with Premier League leaders Chelsea.

Such has been Koeman’s early success with Saints it comes as no surprise to hear his name mentioned with some big jobs, something the Dutchman has played down after being linked with the Nou Camp.

“I see myself as ready,” he told Spanish radio show El Partido de las 12. “I have been a coach for a while now and I have been at a few clubs.

“I have experience and this is an important detail if you are going to be a good coach, but at the moment I am only thinking about Southampton because I have two more years on my contract after this season.”

Koeman earned legendary status during his time as a player with Barcelona, fuelling rumours he could one day take charge, something that would definitely interest him.

When asked if would be interested if Barca one day came knocking, he said: “I think so, yes, because everyone knows what I have had with Barcelona and what Barcelona has with Ronald Koeman.

“Therefore, if one day in the future I can be manager there, I would love it.”