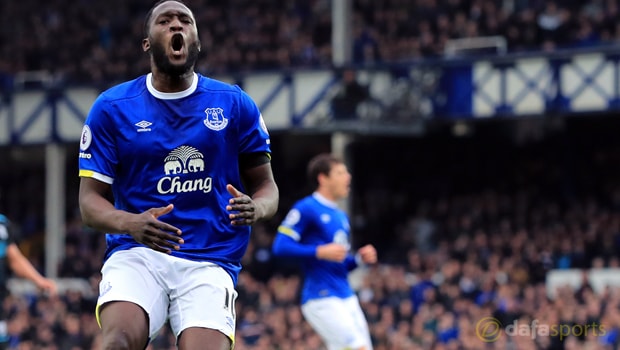 Everton manager Ronald Koeman says Romelu Lukaku is edging closer to signing a new contract at the club and putting an end to rumours of a summer exit.

Lukaku, who joined the Toffees in 2014 after a successful loan spell the season before, has been in sensational form once again this term and his impressive performances have helped the club climb to seventh in the Premier League.

The Belgium international scored the third and final goal in the 3-0 win over West Bromwich Albion on Saturday and took his Premier League tally to 19 for the campaign – his most prolific season.

Another strike for the ex-Chelsea man will see him become the first Everton striker since Gary Lineker 31 years ago to reach 20 league goals.

The 23-year-old’s current contract runs out in 2019 but the club have been working hard over recent months to try and extend his stay at Goodison Park.

Several top European teams have reportedly been showing an interest in his services with former employers Chelsea, who are on course to win the title, eyeing a deal.

Confirmation of a new deal has been mooted in recent weeks and Koeman revealed fresh terms have almost been agreed.

He said in his post-match press conference: “It’s still close to being signed — maybe I need to sign that contract then we can finish with all the stories.”

Everton are back in league action on Saturday when they welcome relegation-threatened Hull City, who beat Swansea 2-1 last time out, to Goodison Park.

The hosts are firm 1.50 favourites to clinch all three points, a draw is priced at 4.00 whilst the Tigers are the outsiders at 6.50 to pick up the win.