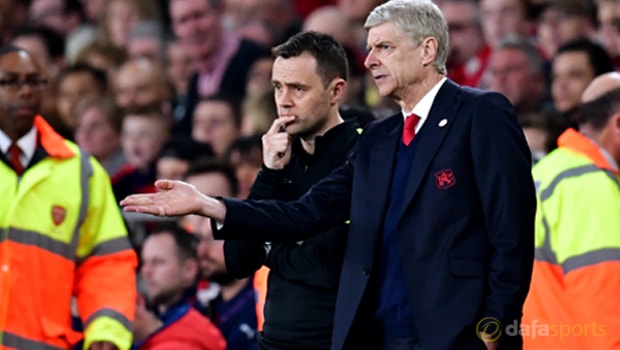 Arsenal manager Arsene Wenger has hinted he could extend his stay at the Emirates after admitting his preference would be to remain with the club.

Wenger’s current contract expires at the end of the season and it still remains to be seen whether he will be handed a new deal by the owners.

The Frenchman has come under heavy criticism in this campaign and there have even been protests by a group of supporters calling for the 67-year-old to leave.

A 10-2 aggregate defeat at the hands of Bayern Munich in the Champions League recently has seen the pressure continue to mount on the shoulders of the manager.

However, the Gunners did bounce back to winning ways on Saturday with a 5-0 thumping of non-league Lincoln in the FA Cup quarter-final.

The oldest association football competition in the world is the only realistic chance of silverware for Arsenal this term after recent league results have seen the team slip to fifth, 16 points adrift of leaders Chelsea.

A fresh approach could be what is needed at the Emirates but Wenger, who took charge back in 1996, has suggested he may stay on at the helm.

“Let’s not talk about me too much because that has happened a lot recently. I have shown in my life that I try to serve this club with complete commitment and I will do that as long as I am here,” he said.

“How long? I don’t know at the moment. I have shown a lot of loyalty and my preference is here. I focus on my job. I always do that. I let other people judge my performances.”

Arsenal return to league action on Saturday when they travel to West Brom and the visitors are 1.67 favourites, a draw is priced at 3.80 while the Baggies are the 5.00 outsiders to take all the spoils.