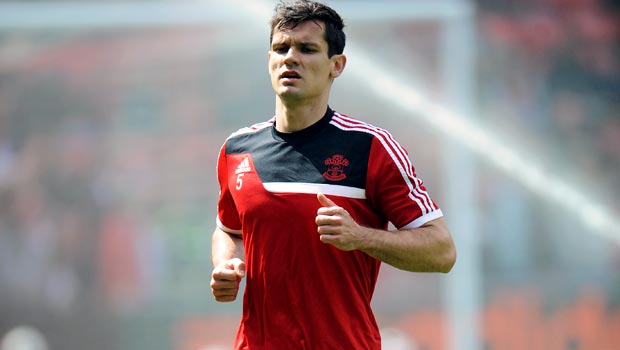 Southampton boss Ronald Koeman has denied reports that Liverpool have made a new bid for centre-back Dejan Lovren.

The Croatian defender is expected to leave the club this summer but the Saints reportedly rejected Liverpool’s first bid earlier this summer.

Reports at the weekend suggested that the Reds had made a second bid as they look to make another signing this summer.

Brendan Rodgers has already signed Rickie Lambert and Adam Lallana from the south coast club, with Lovren rumoured to be interested in the switch to Merseyside.

However, Koeman has rejected recent reports and insists the club have received no fresh bids for the 25-year-old.

Speaking to Sky Sports News, Koeman said: “We have had no bid from Liverpool for Lovren, that is the situation.

“If that does not change, he will continue to play at Southampton.

“We know there is a lot of interest in our players, I think that is normal. But we have to wait, we work on the team.”

Despite Koeman’s claims, he is reportedly trying to sign Aston Villa defender Ron Vlaar as a replacement for Lovren, should he leave the club this summer.

The Netherlands centre-half played under the former Feyenoord boss in the Eredvisie but Koeman has refused to confirm his interest.

“I know him (Vlaar) from when he was playing at Feyenoord,” added Koeman.

“It depends on the (Lovren) situation but we will decide who we bring in. There are a lot of rumours in football and I can do nothing about that.”

After a summer exodus, the Saints face an uncertain future and they can be backed at odds of 6.50 to be relegated from the Premier League with Dafabet.