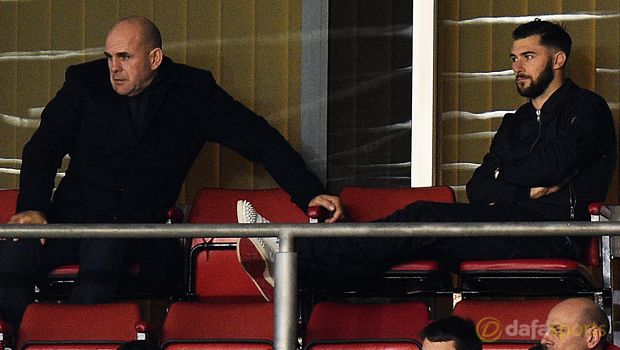 Ronald Koeman said he had secured his top January transfer target with the capture of Charlie Austin from Queens Park Rangers.

The striker signed on at St Mary’s in a £4million deal and he was in the stands to see his new team-mates beat West Brom 3-0 on Saturday.

Koeman says he had identified Austin, who scored 18 goals for QPR as they were relegated from the Premier League last season, as his top priority hoping he can continue his excellent record in the top flight.

“I hope he will bring goals, that’s why he was our target for this transfer window,” said the Saints boss.

“I think we need a player like him, everybody knows his number of goals. He’s still only 26 and it’s good to have him in now. It’s good for the other players and it’s good to see what his physical state is.”

Shane Long has been leading the line for Southampton recently but Koeman felt he was thin on the ground for cover if anything happened to the Republic of Ireland international.

Austin now provides another option and the Dutchman feels he will provide stiff competition in the short term while he is also young enough to believe his best days are ahead.

“Every Premier League team has competition. And at the moment Graziano Pelle is still not 100 per cent fit, Jay Rodriguez is not training, so if something happened to Shane Long we’d have no one up front,” Koeman added.

Southampton are away to Manchester United next in the Premier League and they are 10.00 to repeat last season’s 1-0 win at Old Trafford, while United are 1.80 to win Saturday’s game.