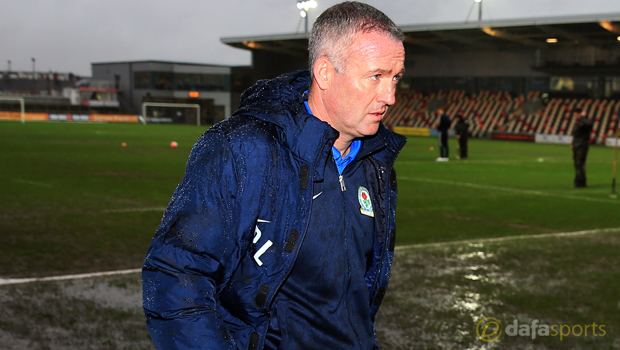 Paul Lambert says his Blackburn Rovers team must learn to start games quickly if they are to get back to winning ways.

Rovers slipped to a fourth defeat in five games as Brighton made the most of Bobby Zamora’s third minute goal to leave Ewood Park with a 1-0 win on Saturday.

Blackburn have now failed to win any of their last six Championship games and Lambert felt the game was lost right from the beginning against Chris Hughton’s promotion chasing Brighton side.

“We start really slow which was never the game plan and it was a poor goal to give away in the first few minutes,” Lambert said.

“We had some chances to get back but the first half was too slow. You can’t start a game the way that we did and try to turn it around like that.”

Rovers made a bright start when Lambert took over from Gary Bowyer in November, climbing up the table and daring to glance towards the playoff places.

Their miserable form since mid-December means that initial burst of three wins in four games is long forgotten and they have now dropped to 18th place, just five points clear of the relegation zone.

Lambert wants to see much more desire to go out and take games by the scruff of the neck from his players, particularly with home advantage.

“We want to be on the front foot, we want to get after teams, but we certainly never did that [against Brighton],” added Lambert.

“The second half was better, we played in their half, but it was still way short, it still wasn’t enough.

“I always go out to try and win, we are at home and we have to do a lot better in front of our own fans.”

Blackburn are 26.00 to be relegated to the Championship this season following their latest defeat and 101.00 to earn promotion to the Premier League.