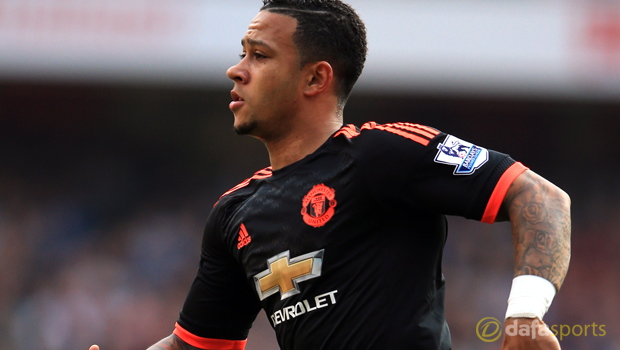 Koeman tried to bring Depay to Southampton a year before he joined the Red Devils but says the player made it clear he intended to remain at PSV Eindhoven for one more season.

He duly helped the club win the Eredivisie title, scoring 28 goals in 40 games during his final season in Dutch football.

That convinced Louis van Gaal to make him a priority signing for Manchester United but Depay has struggled to adapt to the pace of Premier League football.

He has just endured a tough week with the Netherlands crashing out of the Euro 2016 qualifiers following defeat to Turkey and van Gaal dropping him for the weekend victory at Everton, but Koeman says he will prove himself in time.

“I think Memphis Depay, now at the moment, has a difficult time but that’s normal because he is 21 and of course maybe the step to Manchester United in all aspects is a difficult one and he needs more time,” Koeman is quoted by the Daily Mirror.

“If one day he will be on the market, I’m interested yes but I don’t think so because I believe in that player.

“It is a difficult time but [he is] still young. He has to improve a lot and he will go through all these difficult moments.”

Depay has managed just one Premier League goal but he has already scored three times in European competition as the Red Devils negotiated their way back into the Champions League.

He will hope to be involved when Man United face CSKA Moscow on Wednesday in their crucial Group B encounter.

All four teams in the group have collected three points from two games and Man United are priced at 2.10 to win the section ahead of their Russian mission, while CSKA are available at 5.00 to top Group B.