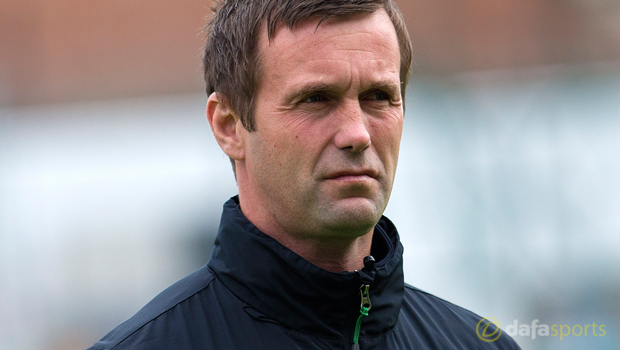 Celtic boss Ronny Deila says there will be no emotion when he returns to his native Norway for the first time in Thursday’s Europa League clash with Molde.

The Hoops boss says he will easily put aside his own feelings as he targets a first win in Group A.

“I am not thinking about me or the fact I am going to Norway but just that I am going into a game that I want to win. There is nothing different about it,” he said.

Molde are the surprise group pacesetters going into their double-header with Celtic.

The Norwegians are the only team to win a match in Group A to date, a 3-1 win against Fenerbahce in the Turkey on match-day one.

Celtic meanwhile have thrown away winning positions against Ajax in Amsterdam and at home to the Turks, where they led 2-0 just after the half hour before Brazilian striker Fernandao netted either side of half time.

Deila says Molde have not been under any pressure up until now due to the fact that little was expected of them in the group.

“They are a small club compared to the others so I can understand why they are seen as the outsiders in the group. It is because of that I think they have been able to play without pressure,” said the Celtic boss.

Celtic have impressed in fits and starts in Europe this season, but have so far been unable to put it together for 90 minutes.

They rushed into a two-goal advantage in their Champions League qualifier against Malmo in August before settling for a 3-2 win that eventually proved costly.

They also failed to see out those winning positions against Ajax and Fenerbahce.

Deila says now is the time to put it all together and bring back three precious points from Norway.

“It is always hard to stay at that level for a whole game but what we can do is work on our focus and concentration.”

Celtic are priced at 3.50 to win Group A of the Europa League while Molde are on offer at 4.50, while the Glasgow giants can be backed at 2.40 to win Thursday’s clash.