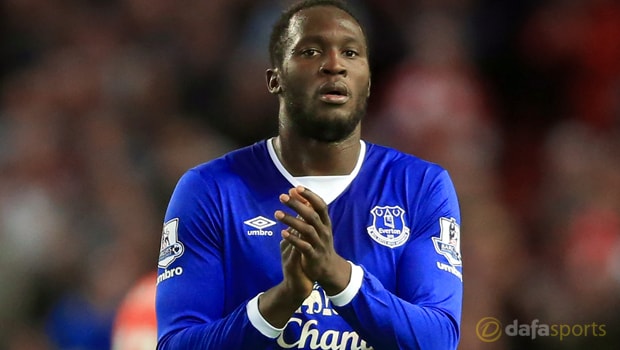 Everton striker Romelu Lukaku is ready to sign a contract extension with the Merseysiders, according to agent Mino Raiola.

While he is set to put pen to paper on a new deal with the Toffees, Raiola insists it will not guarantee that he sees out his contract.

“With Everton, we have 99.9 per cent reached terms,” Raiola told TalkSPORT. “We are talking to the club in a good spirit so we are very hopeful. There are no problems on the way that I foresee. “I don’t see any big problems.

It is a question of putting the details on the paper.” After a successful loan spell with the club, Lukaku became Everton’s record signing in 2014 when he joined from Chelsea in a deal worth £28m.

The powerful 23-year-old has since gone on to score 70 goals in 142 appearances for the club.

Raiola says that any deal done now could be revisited come the summer, with Lukaku apparently happy to take it ‘one transfer window at a time’.

“If Romelu is good enough, strong enough, to move in the next year then we will talk to Everton about it,” he added.

“In football, you can’t look too much in front. You need to take it one transfer window at a time. “For now, we are agreeing terms and then we will see in the summer what happens and how the situation is.”

Everton are 2.88 to win away at Leicester on Boxing Day, with Lukaku available in a Dafabet Price Boost at 5.50 to score the opening goal.