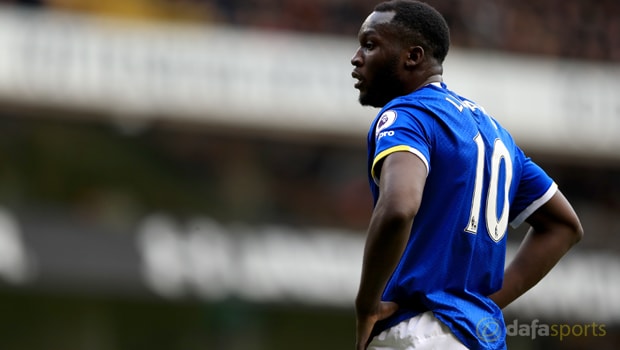 Everton forward Romelu Lukaku has seemingly questioned the club’s ambition as talks over a new deal at Goodison Park continue.

The Belgian international has been a huge success since joining the club, initially on loan from Chelsea in 2013, before making the transfer permanent the following summer.

The 23-year-old is the joint top scorer in the Premier League this season alongside Tottenham’s Harry Kane, but it is believed he has turned down the club’s latest offer of a new contract, although talks are set to continue over the coming weeks.

Lukaku admits he is proud to play for a club with such a prestigious history, but he is desperate to challenge for trophies in the here and now, while he has also questioned the club’s failure to land certain players during recent transfer windows.

He said: “Everton as a football club has a great history, but the future has to be written, you get me? Instead of living in the past, you have to think ahead.

“I don’t know what the board’s plan is, but there were some players I knew the club could have got and they didn’t, and they’re playing in this league.

I am not saying names, but they are doing well.” Despite his frustrations, Lukaku still thinks Everton’s squad is strong and he believes they only have themselves to blame if they do not achieve their objectives this season.

He added: “It is a little bit frustrating but, at the end of the day, we have fantastic players.

We cannot look at the others, we can only look at ourselves. We are the only ones to blame.”

Everton are next in action when they play host to relegation threatened Hull City on Saturday.