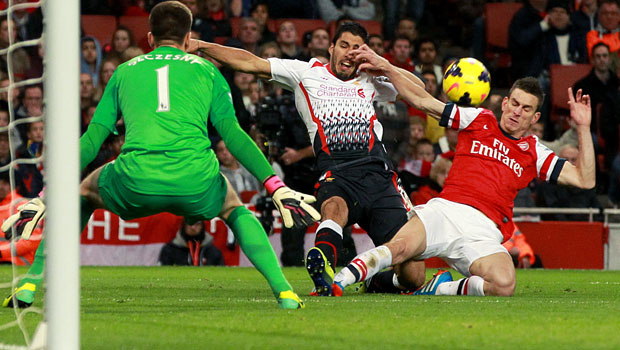 Brendan Rodgers is not feeling too downhearted following Saturday’s defeat in a top-of-the-table clash against Arsenal and believes that the 2-0 reverse can keep Liverpool expectations in check.

The Reds have enjoyed a good start to the campaign and went into the Emirates clash in second, following Chelsea’s shock defeat at Newcastle earlier in the day.

However, they were unable to take any of their early chances before the Gunners ran out comfortable 2-0 winners to open up a five-point lead at the top of the table.

The match was seen by many as an ideal opportunity to test either side’s credentials of a serious title challenge and Rodgers feels that the result will help keep the Reds’ feet on the ground, as well as refocus the minds for a top-four tilt.

Consistency has been a problem for Liverpool this season but they have at least shown an ability to also grind out results when not playing at their best, and the Reds boss feels they are at least moving in the right direction.

“We have still got a long way to go before we are ready to compete consistently,” Rodgers said. “If you win one game, like we did with a terrific performance against West Brom, everyone is looking at you and talking about your front two.

“Then against Arsenal we weren’t quite firing as we would want to be, so with that expectancy I am sure people will look at it and be a bit more realistic.

“But for us the ambition is to be up there and fighting to be in that top four.

“It is a huge challenge for us in terms of where we are at but we are ready to take on the challenge.”

Liverpool entertain Fulham before the first Merseyside derby of the season at Goodison Park, ahead of a busy December schedule which will see the Reds finish the year with games against Spurs, Manchester City and Chelsea.