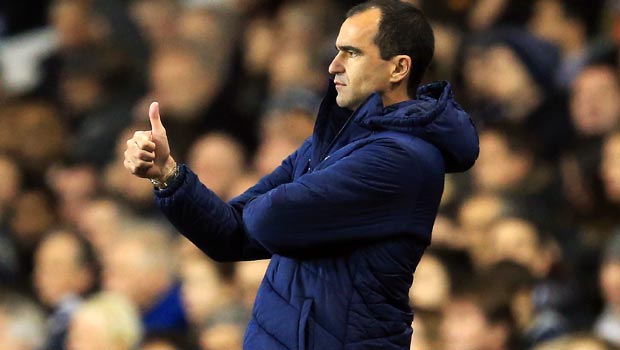 Everton boss Roberto Martinez feels he has now had time to assess the positives and negatives in his squad ahead of Wednesday’s clash with Hull City.

The Toffees, who can be backed at 1.52 to win, came unstuck at the start of the season and took only six points from their first six games before finding a bit of form, and they are currently 11th in the standings with 17 points from 13 games played.

That would have been even better but for a frustrating 2-1 loss to Spurs at the weekend – a defeat that the Spanish tactician admitted “hurt” both himself and his players.

But the former Swansea chief has shown that he is not one for panicking and is happy that he now knows the capabilities of his squad and how to put things right.

“The league is a third through now and internally we can have a clear direction of where we need to improve and what we’ve done really well,” he said.

Everton will welcome Steve Bruce’s men to Goodison Park in midweek looking to bounce back against a side that has struggled in recent times.

The Tigers, who are on offer at 7.16 to take the points, are without a win in six top-flight games and have lost their last four to slip into the relegation zone, but Martinez is refusing to read too much into their recent results and feels they will be a tough nut to crack on Merseyside.

“I think you need to look through the scorelines,” he added. “The game against Spurs they were very unlucky, they got a very good draw at Anfield.

“This is a side that know how to go away from home, defend well and have real quality up front.”