Manchester City not a one-man team 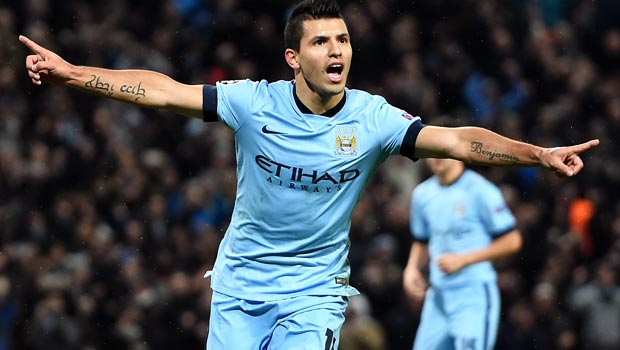 Manager Manuel Pellegrini has played down suggestions that Manchester City are over reliant on striker Sergio Aguero’s goals.

City head to the Stadium of Light on Wednesday night to face Sunderland as they try to close the gap on Chelsea, who take on Tottenham at Stamford Bridge at the same time.

The Citizens, who are priced at 1.50 to leave with the points, have scored 27 top-flight goals so far this season, with Aguero netting 12 of them, while he has also found the back of the net on five occasions in the Champions League.

There is no doubting that the Argentina international is a vital player for the Etihad outfit and they are not the same side when he is missing.

Stevan Jovetic, Yaya Toure and Frank Lampard are next in City’s scoring charts in the Premier League with three apiece, but Pellegrini has denied that they are a one-man team in front of goal.

“I don’t think Sergio Aguero is our only scoring player,” he said.

“He’s a very important player. He’s the best scorer in the Premier League but I think in this team all the players have been involved in goals last year.”

Aguero will again be the man that City look to for goals on Wearside, with Sunderland, who are priced at 6.94 to win, now proving much tougher to beat than when they shipped eight goals to Southampton earlier in the campaign.

They have drawn their last three games and ground out a 0-0 draw with table-topping Chelsea at the weekend with a solid defensive display.

But the Black Cats have scored only 12 league goals all season and therefore it might only need one Aguero strike to settle the matter.