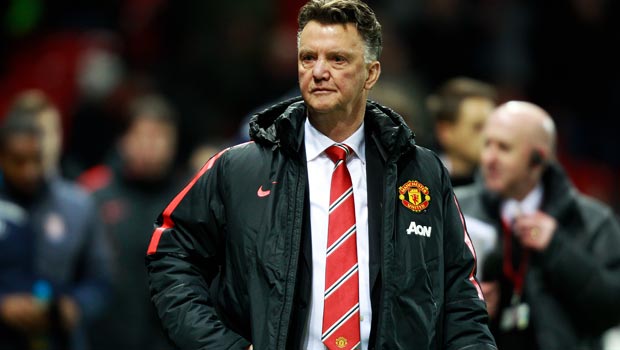 The Red Devils made it four straight wins to consolidate their place in the top four as goals from Marouane Fellaini and Juan Mata gave them a 2-1 victory at Old Trafford.

The result sees the North West giants remain in fourth place in the standings and they are now just two points behind rivals Manchester City, with Chelsea a further six points clear of the Citizens at the top of the table.

United have now lost only once in nine games and, despite still lacking conviction at times, they are starting to rediscover their touch.

But the boss has already shown that he does not mince his words and, after the Stoke match, pulled no punches in his assessment of his charges while suggesting that the hosts were worthy winners in the end.

“I am not happy with the performance,” he said. “We were not as aggressive as in the last match and we want to play in the same style. But you have to see the whole match and say there is one team that deserved it and that is Manchester United.”

The next challenge for United is a trip to St Mary’s on Monday, December 8 to face a Southampton side that has seemingly punched above its weight so far this term.

They can be backed at 2.50 to win that contest, with Southampton on offer at 2.61, but the Saints are also in action on Wednesday night when they travel to the Emirates to face Arsenal.

Victory for Ronald Koeman’s team would see them open up a four-point gap on Van Gaal’s side while the Gunners would move to within touching distance of their great rivals with all three points.