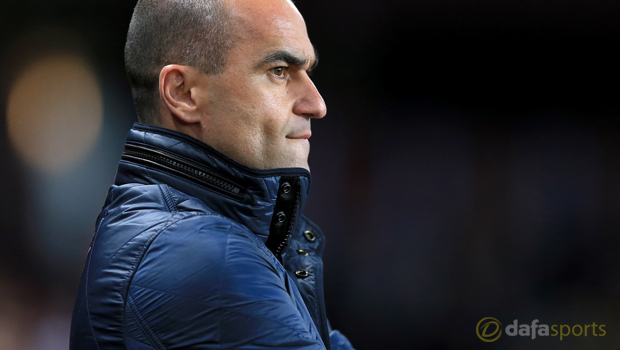 Everton must learn to manage the ‘Wembley experience’ if they are going to book a slot in this season’s FA Cup Final.

That is the view of Toffees boss Roberto Martinez as he looks ahead to a semi-final joust with either West Ham or Manchester United on April 23.

The Hammers will face Louis van Gaal’s side in an Upton Park replay on April 13 after their quarter-final at Old Trafford ended 1-1.

Martinez says Everton need not be worried, regardless of who they face in the last four.

The Spaniard says either West Ham or Manchester United, just like Everton, will be in the semi-final on merit.

Everton enjoyed a stirring occasion in the last-eight as a late brace from Romelu Lukaku saw them overcome Chelsea 2-0 at Goodison Park.

Martinez says the semi-final is much less about who they will face and is more concerned with his players managing the occasion.

“When you get into the semi-final of a cup, the last thing you can do is be worried about the opposition,” Martinez said.

“They are there on merit, which means every team has found a way to be successful in the competition and Wembley is a phenomenal occasion and you have to know how to play in that sort of occasion.”

Everton narrowly missed out on a Wembley appearance in the Capital One Cup this season, losing out to Manchester City in a two-legged semi-final tie.

Martinez is urging his players to remain sharp and retain their focus in the five league games they will face before the FA Cup semi-final.

They begin with what could be a potential dress rehearsal against Man United at Old Trafford this Sunday.