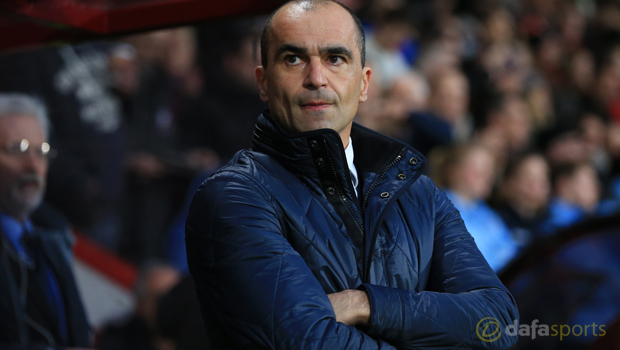 Roberto Martinez says Everton’s recent performances have been very good and is confident of seeing even more improvement from his squad.

The Toffees endured a difficult start to their season and their leaky defence, which has let in 36 Premier League goals so far, was a major reason for the poor results.

However, the club have enjoyed an upturn in results over the past month and Tuesday’s 3-1 victory at Aston Villa has kept the hopes of a European finish alive.

The triumph over Remi Garde’s men, who look destined for the drop to the Championship, was Everton’s ninth success of the campaign and their fifth win in the last six games across all competitions.

Romelu Lukaku’s form has been a big factor in the improved results and the Belgium international bagged his 17th goal this term at Villa Park, while the likes of compatriot Kevin Mirallas and Englishman Aaron Lennon have also been impressive.

Martinez was delighted with the display on Tuesday and the Spanish manager insists the whole squad are fit and producing some very good performances right now.

“I feel that the squad is in a good moment – there’s competition for places, we’ve been consistent in the last six games,” he said. “We’re enjoying our football and have plenty confidence.”

Everton welcome West Ham United to Goodison Park on Saturday and the hosts are 1.70 favourites to take all three points, a draw is priced at 3.75 while the visitors, who also have European ambitions, are on offer at 4.75.

The Toffees are unbeaten in their last two meetings with the Hammers and the previous encounter ended in a 1-1 draw back in November at the Boleyn Ground.