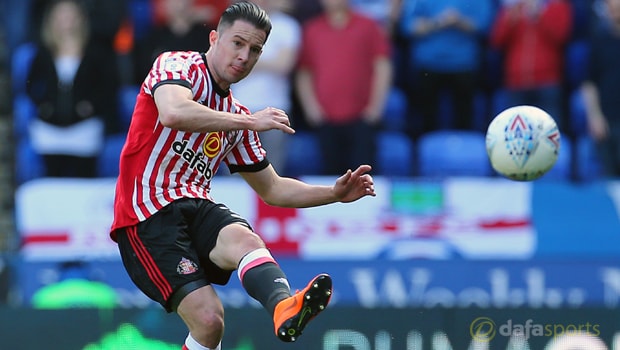 Bryan Oviedo has suggested he will be looking to leave Sunderland during the summer after admitting the style of football in League One is not suited to his game.

Sunderland’s relegation from the Championship has already been confirmed and big changes are already happening at the club ahead of the next campaign in England’s third tier.

Eastleigh chairman Stewart Donald has had his offer to buy the Black Cats accepted by Ellis Short and the takeover is just waiting to receive ratification from the English Football League.

Manager Chris Coleman has also been given the boot and Mick McCarthy, who was in charge at the Stadium of Light from 2003-2006, is being linked with the vacant position after his exit from Ipswich Town.

A huge overhaul of the squad is expected during the summer transfer window and Oviedo, who arrived from Everton in January 2017, is one of several players expected to leave.

The Costa Rica international says no firm decision has been made on his future yet although he doesn’t believe the team would get the best out of him in League One.

“I’ve nothing concrete. I have to talk to the club and my representative to see what the plan is,” Oviedo was quoted as saying by the Sunderland Echo.

“It is a great club and I know they will want to get back to the Premier League.

“[League One] is a very difficult league for me because it is very direct… it is not suitable for me.”

Sunderland’s last game this season is at home to title-winners Wolves on Sunday and the hosts are 5.00 outsiders to pick up the win, a draw is priced at 4.00 whilst the visitors are firm 1.62 favourites.