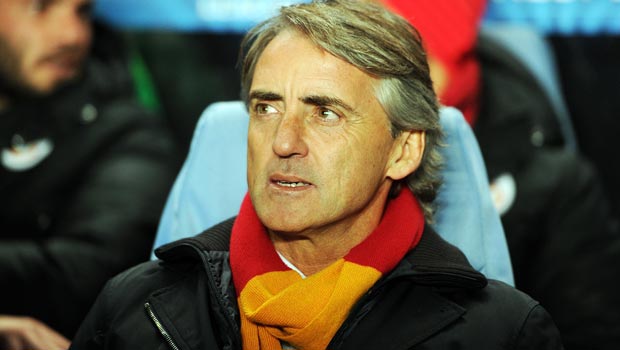 Roberto Mancini has left Galatasaray by mutual consent after less than a year in charge of the Turkish club.

Mancini took over at Galatasaray in September 2013 and led the team to second place in the Turkish Super Lig and a 13th Turkish Cup in his first season in charge.

He also guided the team into the Last 16 of the UEFA Champions League, where they were beaten 3-1 on aggregate by Chelsea.

Despite his relative success in Turkey, fans were displeased after losing their Super Lig title to Fenerbache, having previously won back-to-back titles under Fatih Terim.

However it is believed to have been a dispute over the club’s future direction which led Mancini to leave by mutual consent on Wednesday.

“As a coach I understand the demands of the club. However, when I accepted the coaching post, Gala’s aims were different,” Mancini told Gazzetta dello Sport.

He added: “In the past eight months, despite enduring a challenging start, I have done my job pushed by passion and by hunger which has resulted in the team qualifying for the Champions League, lifting the Turkish Cup and finishing second in the league.

“It’s with sadness that I leave Istanbul and the club’s fantastic supporters.”

Mancini, who guided Manchester City to their first Premier League title in 44 years in 2012 and the FA Cup in 2011, is now being linked with a return to Serie A.

The 49-year-old is believed to be interested in taking the managerial position at Lazio, where he spent four years as a player, after coach Edy Reja only managed to guide the Biancocelesti to eighth place in his first season in charge.

The Italian has also emerged as one of the favourites to replace Mauricio Pochettino as Southampton manager.