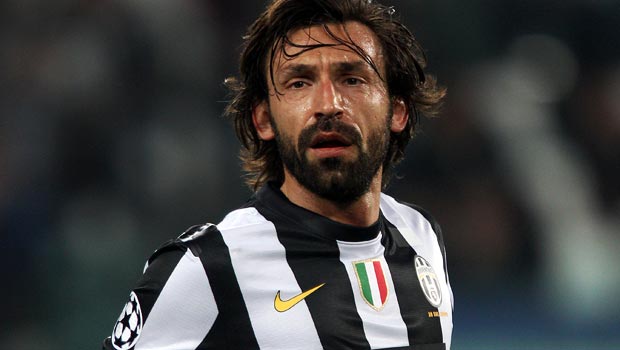 Andrea Pirlo has signed a new two-year deal with Juventus to keep him with the club until summer 2016.

The 35-year-old veteran midfielder has spent the last three years in Turin after joining on a free transfer from AC Milan in 2011.

He has made 131 appearances for the club, guiding them to three Serie A titles in a row and was named their Player of the Year in 2013.

Pirlo, despite his age, made 43 appearances in all competitions last season as Juve won the Scudetto with a record 102 points.

A statement from Juventus read: “Andrea Pirlo’s fantastic story with the Bianconeri continues.

“The “Professor” has signed a contract extension that will keep him at Juventus until June 30, 2016.”

Pirlo is currently training in Brazil ahead of Italy’s World Cup Group D opener against England on Saturday.

He dictated the game the last time the two teams met at Euro 2012, which Italy won on penalties after a 0-0 draw.

Former Three Lions midfielder Paul Scholes believes Roy Hodgson’s side should be worried by his ability to open up teams, describing him recently as the “world’s greatest playmaker”.

Scholes added: “We paid nowhere near enough attention to him [at Euro 2012].

“Pirlo is not renowned for his athleticism but that day he ran 11.58km, more than any England player.

“He also had more passes (131) than England’s four starting midfielders.”

Italy are priced at 26.00 to win their fifth World Cup this summer and are joint-favourites with Uruguay to win Group D at 2.60.