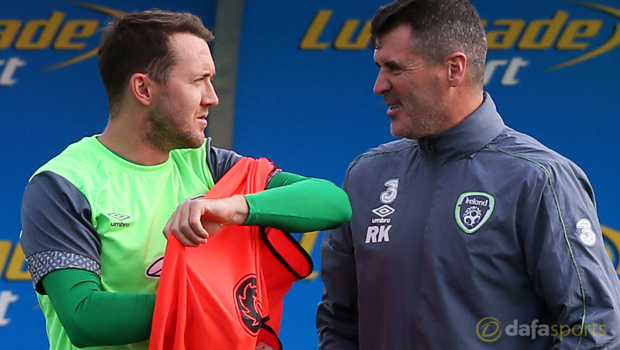 The former Celtic and Spartak Moscow player has fallen down the pecking order on Merseyside this season, failing to make a single appearance in the Premier League.

The 29-year-old’s sole start came in the Capital One Cup, where he was promptly hauled off at the interval against Barnsley in August.

As a result, McGeady has found it increasingly tough to maintain his place in Martin O’Neill’s Irish team.

While O’Neill, who brought McGeady through the ranks during their time in Glasgow, is expected to remain faithful to the winger for next summer’s Euro 2016 in France, the Irish boss would be mightily relieved should the player find regular first-team football for the second half of the season.

That looks to be on the cards now after Everton manager Roberto Martinez confirmed he had omitted McGeady from the squad that faced Dagenham and Redbridge in the FA Cup in order to avoid the player becoming cup-tied ahead of a prospective loan.

“We have three teams asking about a loan opportunity [for McGeady] and it was important not to get cup-tied and pick up an injury,” the Spaniard revealed.

McGeady featured heavily in Ireland’s qualification campaign, scoring both goals in the 2-1 win over Georgia in Tbilisi, as O’Neill guided his men to third spot in Group D behind world champions Germany and Poland.

They then took care of Bosnia and Herzegovina in the playoffs and were drawn in Group E for the finals in France alongside Belgium, Italy and Sweden.

Ireland and Sweden will meet in Paris in their opener on June 13th, with the Irish 2.88 to win. The Republic are 10.00 to win Group E.