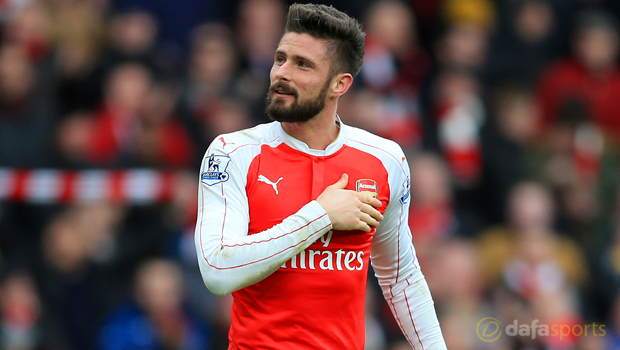 Arsenal’s Olivier Giroud says constant speculation linking big-name strikers with the club helps motivate him to show how important he is to the Gunners.

Arsene Wenger was heavily linked with a move for another France striker, Karim Benzema of Real Madrid, last summer but he stayed at Santiago Bernabeu.

Paris St-Germain goalscorer Edinson Cavani has also been linked with the Emirates outfit but, according to Giroud, the speculation linking Arsenal with centre forwards simply encourages him to redouble his efforts.

Giroud has already netted 18 goals for Arsenal this season in all competitions and he insists the transfer rumours are something he turns into a positive.

“Obviously it [speculation] helps to motivate you because when you are in your comfort zone, I think you maybe don’t give your best,” Giroud said in an interview with the monthly Arsenal Magazine.

“So it helps sometimes to have speculation like that, to prove that you deserve your place in the team.”

The Gunners are still fighting on three fronts this season. Their quest for a third straight FA Cup triumph continues against Hull City on Saturday before they tackle European champions Barcelona in the Champions League next week.

Having started the season on the bench, Giroud has once again reclaimed his position as Arsenal’s leading man and is content with how things are going.

He said: “In every single transfer period, there is some other striker’s name coming out as a possible new signing. You have to deal with that and keep focused on the team and to help the team try to win every single game.

“You have to give your best and that’s what I tried to do. I’m pleased with my first half of the season so far.”

Arsenal are 4.50 to win the FA Cup this season while the Gunners are 2.38 to lift the Premier League trophy.