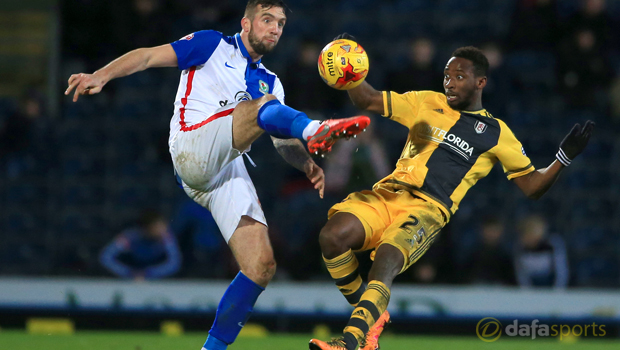 The Republic of Ireland international was on the scoresheet as Rovers dispatched Fulham 3-0 on Tuesday in what was one of the most impressive displays since manager Paul Lambert took over in November.

It was a first win in 10 Championship games but Duffy says the performance they delivered belies their current league position of 18th.

The best way of proving that is by matching Tuesday’s effort when Premier League side West Ham visit on cup duty, says Duffy.

“They are a good team but this is the FA Cup, we’ve got a bit of confidence after the win over Fulham and we can go and take it out there to show West Ham how good we are,” he said.

Blackburn have dispatched lower league opposition in Newport County and Oxford United to reach this stage of the FA Cup but they did enjoy home successes against Premier League opposition in the competition last season, eliminating Swansea City and Stoke City before being knocked by Liverpool after a replay at Anfield.

Duffy insists they must now build on the confidence given to them by the victory against Fulham and build on it during what remains of this season.

“We made them look like an ordinary team, and we shouldn’t be down there [in the league table] but we are. So hopefully it can kick-start a strong end of the season,” he added.

“It can’t be for just one game, we have to start doing it every week, so hopefully in the next few games we can get a few wins.”