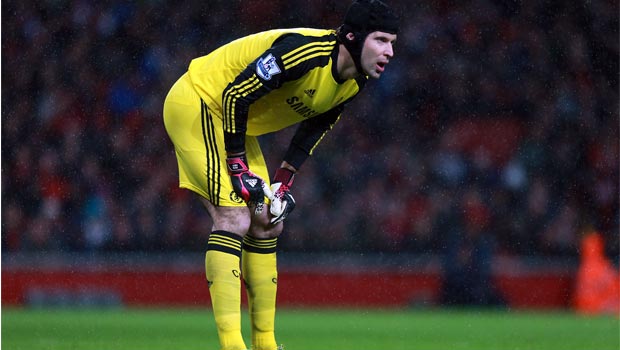 Chelsea goalkeeper Petr Cech believes that a trophy-winning habit can only help a side and is confident that the recent haul by the Blues will boost their Premier League title bid.

Jose Mourinho’s return to Stamford Bridge promised to improve a side that claimed the Champions League title in 2012, which was followed up a second European success with Europa League glory earlier this year.

Chelsea have not finished on top of the Premier League pile since the
2009/10 season and Mourinho himself has been keen to stress that his squad is going through a transitional period.

That has often been reflected this season as the west Londoners have failed to kill off teams when on top and have suffered one or two surprise results already.

There are still question marks over the club’s attacking options but despite apparent problems, Mourinho’s team is sure to be there or thereabouts come the end of the season as they are very much in contention already – just two points off the pace in fourth place.

And Cech is sure that the recent habit of picking up trophies can boost their chances of more success this term, particularly if things get tight on the run-in.

“We don’t depend on anyone else,” Cech said. “If we win our games we have a big chance of winning the title so it’s very positive and we know that we haven’t hit the best level of this team yet. We are improving and hopefully that will show.

“We have won things in the past years which give us experience as a team so let’s see if we can use that as our advantage.

“We have been in these situations many times fighting for the titles and playing under pressure before and after Christmas.

“Towards the end of the season you have a lot of pressure because you need to get results and hopefully our experience will pay off.”

Chelsea’s strikers have certainly failed to find their best form so far with Fernando Torres, Samuel Eto’o and Demba Ba having mustered just five Premier League goals between them.

However, the transfer window is soon to open and Mourinho may choose to solve his problems with a purchase or two, having been linked with the likes of Radamel Falcao and Jackson Martinez in the past.