World Cup 2014: Hodgson’s cause for optimism 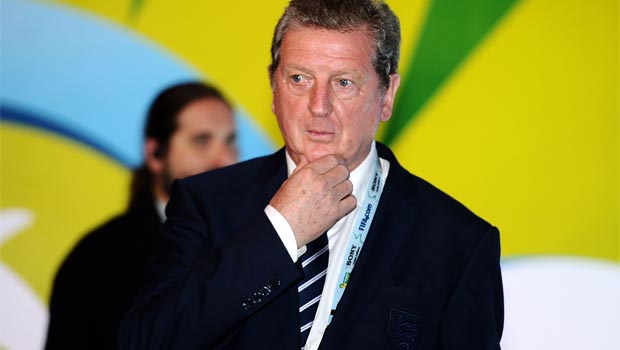 The anticipation ahead of the World Cup has been building for some time but intensified when the draw for the finals was made on December 6.

Expectations of England’s chances so far could hardly have been more subdued going into a major tournament, with the doom and gloom merchants seemingly given even more ammunition after the Three Lions were given a perceived difficult draw against Italy, Uruguay and Costa Rica in Group D.

There is no doubt that it could have been kinder to England – just ask France fans – but Hodgson is confident that his team can do the necessary and progress to the knockout stages.

“We had an equally tough group in the Euros and we got out of that group and got ourselves to the quarter-finals,” Hodgson told Sky Sports News.

“We believe we can do it. There are no easy groups in the World Cup.”

What is perhaps giving the England boss cause for optimism is the emergence of new talent, which is severely testing the old guard of the squad and may yet provide the spark for the team to go deep in Brazil.

Andros Townsend has already enjoyed rave reviews for his performances in an England shirt, while the likes of West Ham playmaker Ravel Morrison and West Brom forward Saido Berahino are both pushing their cases.

The one rising star who seems destined to be on the plane next summer is Everton’s Ross Barkley and Hodgson is predicting a ‘major headache’ when he has to name his squad.

“At the moment, I’ve seen a lot of our England players and contenders for England places playing extremely well. I wish I could bottle up some of the form and keep it,” Hodgson added.

“It’s quite fascinating at the moment going to games. The number of players getting games, especially some of the youngsters, is good.

“There are a lot of teams fielding English players in their line-up at the moment and I’m seeing a lot of good performances.

“If I had to pick a team for the World Cup today, it would be a major headache.”