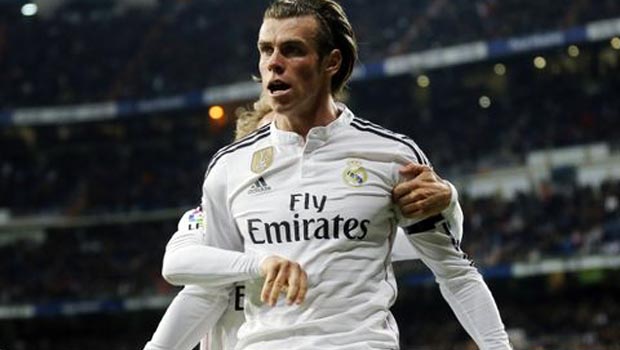 Gareth Bale returned to goal-scoring form as Real Madrid snapped a two-game winless run with a 2-0 La Liga victory over strugglers Levante at the Santiago Bernabeu.

The 25-year-old took his tally in the Spanish top flight to 12 with a brace as the capital giants bounced back from a shambolic 4-3 home defeat by Schalke in the Champions League, although Carlo Ancelotti’s men still went through to the last eight of the competition on aggregate and are now priced 3.80 in the outright betting.

The win means Los Blancos now trail bitter rivals and leaders Barcelona by one point ahead of next Sunday’s crunch ‘El Clasico’ at the Camp Nou.

It was Bale’s first goals in nine matches and Ancelotti was full of praise for the former Tottenham flyer off the back of criticism from influential daily Marca, which described the forward as “absent, lost and identifying little with the cause”.

“Bale looked motivated and up for it to me,” the Italian coach told reporters.

“Everyone understood what they needed to do. We did it for one half of the game but next Sunday we will need to do it for the whole match.”

Bale opened the scoring after Ronaldo’s acrobatic effort was saved and the Welshman added his second by diverting the Portugal star’s low driven shot, which appeared to be going wide.

A visibly annoyed Ronaldo appeared to throw his arms in the air but Ancelotti was quick to play down the incident.
“He is lively,” Ancelotti added. “The first goal was born out of his shot that was saved on the line. The second also came from a Cristiano effort.

“He was pivotal in both of Gareth’s goals.”

Ronaldo is quoted 2.15 in the Champions League leading goal-scorer betting with Dafabet.