‘Real Madrid one step away from making history’ – Marcelo Vieira 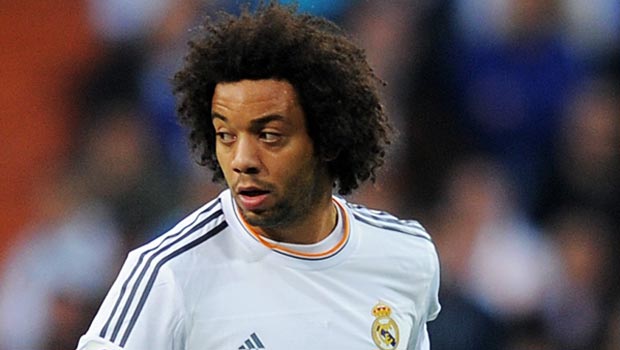 Marcelo claims Real Madrid are “one step away from making history” as the players are determined to win the club’s 10th European title against Spanish and city rivals Atletico Madrid in Saturday’s Champions League final.

Los Blancos have been stuck on nine wins since 2002 when they defeated German Bundesliga outfit Bayer Leverkusen 2-1 at Hampden Park in Glasgow.

However, this current squad have moved the Spanish giants to within one game, at the Estadio da Luz in Lisbon on Saturday night, of ending that long, 12-year wait.

It will not be an easy test for Carlo Ancelotti’s men against Atletico, who battled to a 1-1 draw at Barcelona on Saturday to secure their first Spanish La Liga title since 1996.

Diego Simeone’s side took four points off Real in La Liga with a 1-0 win at the Santiago Bernabeu followed by a 2-2 draw in their home clash in March.

However, Real defeated Atleti 5-0 on aggregate in their two-legged Copa del Rey semi-final and have a far superior head-to-head record over the years.

And Brazil international Marcelo is looking for the Real players to ensure they end the season on a high note by defeating their neighbours on Saturday.

“We are focused on winning an important title, one we have been waiting to win for a long time,” Marcelo said.

“We have been trying for a number of years and now at last we are through to the final. We are one step away from making history for Real Madrid and we’ll try our best to do it.

“We are going to give it our all on the pitch to win. The decisions about the starting line-up belong to the manager and I’ll be there to help the team and play my role.”

Real Madrid are 1.49 to win the Champions League, while Atletico are 2.75.