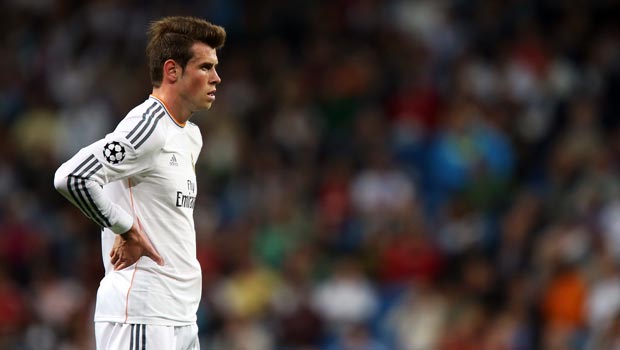 Real Madrid star Gareth Bale admits it would be a dream to win the Champions League but has warned the team to remain focused.

Real take on Atletico in a Madrid derby in Lisbon for the right to take home the biggest prize in European football.

Atletico go into the match full of confidence having won their first La Liga title for 18 years under highly-rated head coach Diego Simeone. But Real are driven to secure their first European Cup since 2002 and the 10th in the club’s history.

Bale admits lifting the trophy would be the perfect end to a successful debut season at the Bernabeu but knows he must concentrate on winning the match in Lisbon.

“It would be a dream to win it,” said Bale, who scored the winner as Real beat Barcelona 1-0 in the Copa del Rey final last month.

“The time was right to go to Madrid. I am really glad I did it. I am trying to embrace everything, trying to enjoy the ride.

“I always had confidence in my ability and the fact we are now chasing the 10th title, against our city rivals, is very exciting.

“Madrid has a real buzz about it. It’s football mad at the best of times but there’s a real sense of anticipation.

“It’s important that we enjoy the atmosphere but remain focused on the match itself. That’s why you play for a huge club like Real Madrid.”

Real Madrid, who are likely to be boosted by the return of Cristiano Ronaldo for the final, are the 1.49 favourites to win the Champions League.

There is mixed injury news for Atletico with star striker Diego Costa expected to miss out but Arda Turan will reportedly be fit.

The Spanish league champions are 2.75 to win the final.