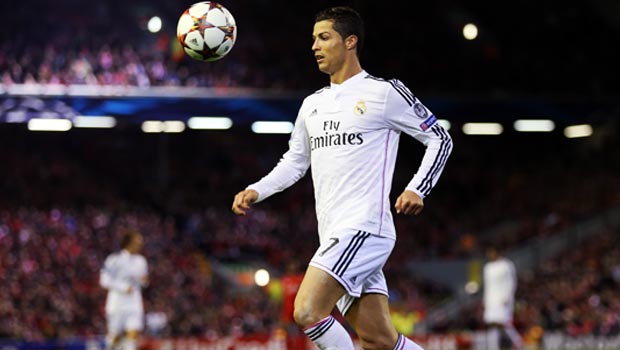 Real Madrid extended their winning run to 19 straight victories in all competitions after a 4-0 victory over Ludogorets in the Champions League on Tuesday night.

The reigning European champions have now eclipsed the Spanish record of 18 consecutive wins set by Frank Rijkaard’s Barcelona in the
2005-06 season and made it six wins from six to as they finished top of the pile in Group B.

The victory was a relatively routine one for Los Blancos and was made all the more easy courtesy of the sending off of visiting defender Marcelinho, who received his marching orders for deliberately handling Raphael Varane’s goal-bound header to concede a penalty after just 20 minutes of play.

The resulting penalty was confidently dispatched by talisman Cristiano Ronaldo who in doing so surpassed Raul in the all-time top goal scoring charts in Europe’s premier competition, moving onto 72 goals with only fierce rival Lionel Messi ahead of him in the pecking order with 74 strikes to his name.

Further goal’s from Gareth Bale, Alvaro Arbeloa and Alvaro Medran sealed a comfortable night for the ten time champions of Europe with boss Carlo Ancelotti full of praise for his team.

The former Chelsea boss has now called on them to extend their unprecedented sequence of victories.

The Italian said: “We’ve achieved this result thanks to an incredible commitment and professionalism. It’s not easy to prepare a game with the motivation and the hunger these players have shown. We’ll try to continue like this.”

Next up for Real is a visit to struggling Almeria in La Liga on Friday night. The Madrid giants are heavy favourites to continue their winning streak at 1.17, with the hosts a massive 17.52 to take all three points and the draw still an unlikely 6.32.

The match will be Real’s last domestic fixture of the calendar year as their attentions turn to the Club World Cup taking place in Morocco this month. The Spaniard’s will begin their campaign in North Africa on December 16th with their opponents yet to be confirmed.