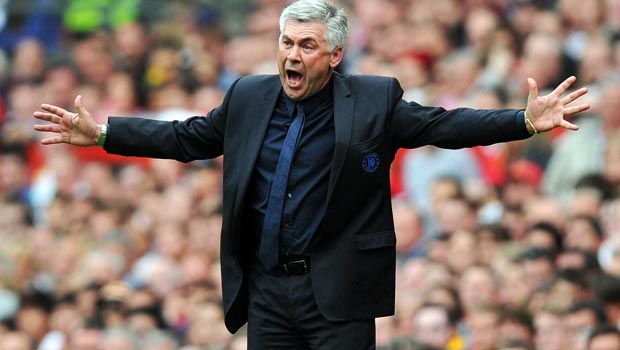 Real Madrid coach Carlo Ancelotti is adamant that his current squad is stronger than the one which won the Champions League last season as he downplayed talk of bringing in more new faces.

The Italian tactician spoke out after a strong Madrid line-up lost out 3-1 to Manchester United in front of a United States record near
110,000 crowd in Michigan in the International Champions Cup on Saturday night.

It was Los Blancos’ third successive loss in the tournament as Roma and Inter Milan had previously come out on top against them.

However Ancelotti claims the matches have been the ideal preparation for the European Super Cup clash against Europa League winners Sevilla on August 12.

Ancelotti said: “We needed these games to help our preparation. We’re not happy with the defeat. But in seven days’ time we’re playing the Super Cup and we have to continue to prepare ourselves.

“Today we lacked intensity. The team wasn’t compact enough. We were missing something.”

When quizzed about potential new signings, he insisted the addition of Toni Kroos and James Rodriguez has made the team stronger.

Ancelotti added: “I’m not thinking about the transfer market. I have a stronger squad than last year so I’m very happy. Kroos and James will improve the group.”

Real Madrid were boosted by a 17-minute run-out for Cristiano Ronaldo who is on his way back from a knee injury and he is now on course to play in the Super Cup for which they are priced at 1.23 to win, while Sevilla can be backed at 4.03.

“There’s no reason to worry about his fitness; we’ll prepare him well and there’s no cause for concern,” Ancelotti said.

Real are on offer at 5.00 to retain their Champions League crown this season, while they can be backed at 1.85 to win the Spanish title.