Real Madrid: Carlo Ancelotti won’t give up on title 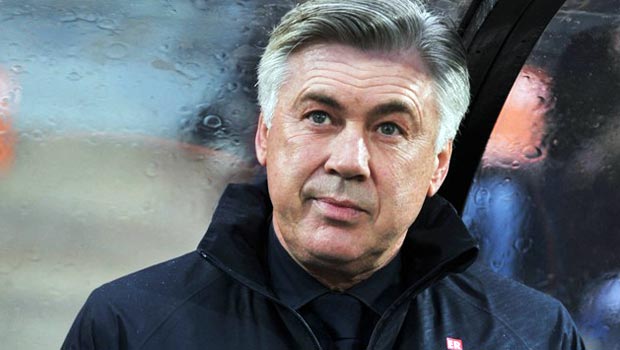 Real Madrid boss Carlo Ancelotti is in bullish mood after what could be a vital win and insists his side will continue to battle for the La Liga title until the end of the season.

The Italian tactician decided to rest Cristiano Ronaldo for Saturday’s trip to Real Sociedad but Los Blancos emerged convincing 4-0 winners regardless, thanks to goals from Asier Illarramendi, Gareth Bale, Pepe and Alvaro Morata.

Atletico Madrid and Barcelona also picked up wins on Saturday, meaning Real remain third in the table, three points behind Los Rojiblancos and two adrift of the Catalan giants.

Ancelotti, however, remains defiant and insists Real will continue to push for domestic glory in the final weeks of the season.

“The victory strengthens us and the team. We will fight until the last game,” he told reporters after the game

“It wasn’t easy but I have a team that likes to fight. I’m proud to coach this team. Gareth Bale is comfortable on the left and he and Cristiano often change positions.

“We had to avoid injury so I rested Cristiano. My second concern was the physical aspect of the team.

“We defended very well and had to be very organized.”

Real are also involved in the Champions League and seem set to reach the semi-finals having won the first-leg of their quarter-final clash with Borussia Dortmund 3-0.

Real, who are 3.40 to win the Champions League outright, travel to Germany for the second leg on Tuesday and can be backed at 2.19 to secure the win with Ronaldo in line to return to the side.