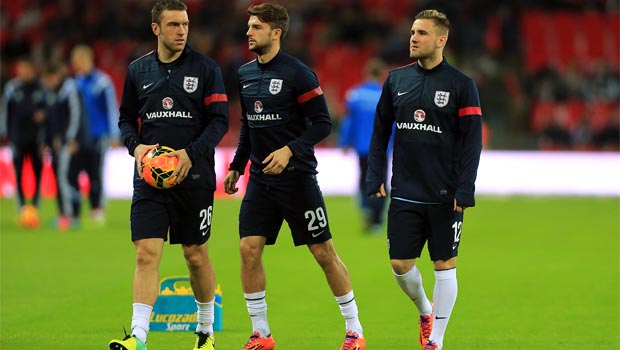 Southampton striker Rickie Lambert will be going all out to secure his place in the England squad for this summer’s World Cup and admits he needs to start scoring more regularly to make sure he goes to Brazil.

The 32-year-old has been included in Roy Hodgson’s squads since last August after impressing for Saints following their return to the Premier League.

Lambert has been something of a revelation since Southampton reclaimed their top flight status in 2012, scoring 15 times last season as the south coast club easily beat the drop.

The former Bristol Rovers striker received his call-up to the national side off the back of his fine 2012/13 campaign and marked his debut with a goal in the friendly win over Scotland.

He followed that up with a goal in the 4-0 win over Moldova as England easily qualified for the World Cup but has since had to watch the majority of the Three Lions games from the bench.

Lambert failed to get on in March’s friendly win over Denmark and is now facing a nervous wait to see if he will be included in Hodgson’s 23-man squad for the World Cup.

There is plenty of competition for places up front, with Wayne Rooney, Danny Welbeck, Daniel Sturridge, Jermain Defoe and Andy Carroll all vying for a spot on the plane.

Lambert remains hopeful he can impress Hodgson in what remains of this season and will have been happy to have taken his tally to nine Premier League goals in the current campaign with a strike in the 4-2 win over Norwich on Saturday.

“All I can do is try my best and take every chance that comes to me and hope that I am chosen,” said Lambert.

“I need to start scoring again more regularly and give myself the best opportunity I can of being selected.”

Lambert will hope he is part of the England side that takes to the field for the World Cup opener on June 14 against Italy.

The Three Lions are in a tricky group alongside the Azzurri, Uruguay and Costa Rica, and are priced at 1.55 to qualify for the knockout stages.