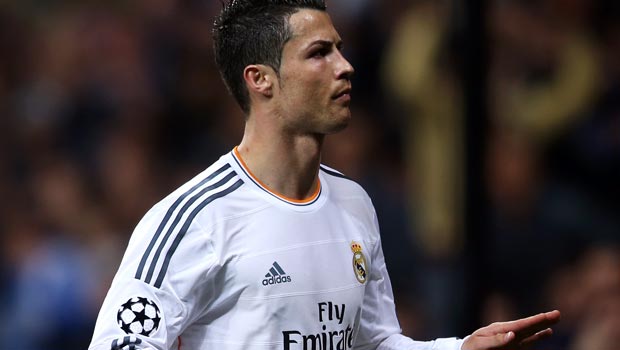 Carlo Ancelotti has played down fears over Cristiano Ronaldo’s fitness after the winger limped off during Real Madrid’s 3-0 Champions League win over Borussia Dortmund.

Goals from Gareth Bale, Isco and Ronaldo himself gave Los Blancos, who are the second favourites at 3.40 to win the tournament, a convincing win on Wednesday night and means they will head into next week’s second leg in Germany full of confidence with them almost certain to be in the draw for the semi-finals.

There was a worrying sight for Real towards the end of the match, though, when their talisman trudged off the field after receiving treatment for a problem on his left knee.

Despite the initial concern, Ancelotti commented after the game that he doesn’t think it is anything too serious and says the player’s reaction suggests that he should be back on the field sooner rather than later.

“We’ll see how it goes,” he said. “At this moment we’re not concerned by the niggle.

“If it continues, naturally we’ll rest him but we’re not thinking about that because the player is calm. There’s not a problem at the moment.”

Ronaldo’s composed strike in the 57th minute on Wednesday saw him go into the history books for equalling the record of 14 goals in a single European season, previously shared by Jose Altafini and Lionel Messi.

With Real currently third in the league and in the final of the Copa del Rey against Barcelona later this month, a match which they are 2.45 to win, with the draw 3.25 and Barca 2.60, they still have plenty to play for and Ancelotti will be desperate to have his best player fit and raring to go for what could be a magnificent end to the season.