Ready to achieve more in Chelsea shirt, says new signing Raheem Sterling as he returns to London from Manchester City 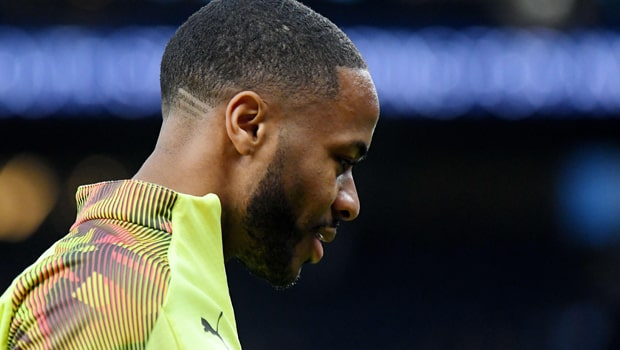 After staying quiet for the early part of the summer transfer window, Chelsea have finally woken up and have made some swift signings. Their first primary target was Raheem Sterling as Thomas Tuchel wanted attacking reinforcements. The management made the deal happen as Sterling has joined the Blues and will be looking forward to working with Tuchel in the upcoming season.

According to reports Sterling has made the move to Stamford Bridge from Manchester City for a deal worth upto £50 million and has signed a five year contract with the Blues.

The England international has left Manchester City after seven long seasons in which he has scored 131 goals in 337 appearances and has won the Premier League title four times along with other accolades for the Cityzens. He will now embark on a new journey with Chelsea as he looks to collect more accolades in the coming years at Stamford Bridge.

Sterling recently shared his feeling with Chelsea’s official website where h pointed out how excited he is to play under Tuchel and win more titles for Chelsea. He said, “I’ve obviously achieved a lot in my career so far, but there is still so much more to achieve and I’m really looking forward to doing that in a Chelsea shirt, under Thomas (Tuchel’s) management.”

Sterling who has been one of the integral parts of Gareth Southgate’s England team shared how London has always been his home and that is from where his journey started as he featured for Liverpool and Manchester City and now life has come a full circle to bring him back to London again.

“London is my home and where it all started for me, and it’s amazing I now have the opportunity to play in front of friends and family week in, week out at Stamford Bridge. I’m really looking forward to meeting the fans there soon,” Sterling added.

Sterling has received massive praise from the Chelsea fans and former players as most of them feel that Raheem Sterling’s versatile nature in attack will work in Tuchel’s system like a charm. Sterling can be very dangerous when he is working in tandem with a facilitator and here that is going to mason Mount mostly with whom he shares a good bond already making things even more easier for the Blues.

Sterling had another year on his contract with City but with the signings of Erling Haaland and youngster Julian Alvarez, the Englishman was going down the pecking order in Pep Guardiola’s books and hence he was given the option to leave in search of regular gametime, something that he should get at Stamford Bridge.