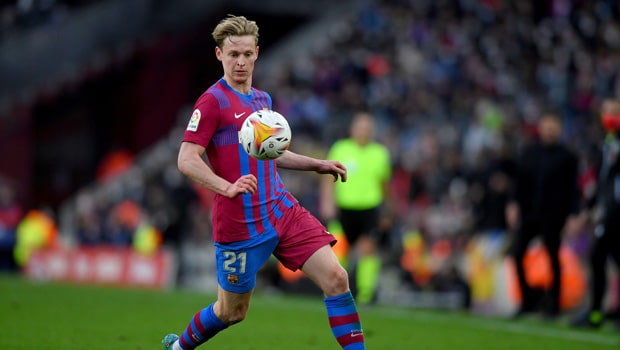 Even though Manchester United may not be certain of the availability of their biggest and best player last season after Cristiano Ronaldo’s transfer request, the club has been pulling strings in the transfer market to ensure that the sixth place finishes in the Premier League is not repeated next season.

Already Dutch defender Tyrell Malacia had become the club’s first signing under Erik Ten Hag, but they are set for a second and third addition this summer with reports from transfer news on Thursday.

The Red Devils have been linked to Barcelona defender Frenkie De Jong for a while, and United have taken a huge step in reaching an agreement on the transfer fee with cash-strapped Barcelona.

Both clubs have reached an agreement for United to pay £71m, but there is just one cog in the wheel of the progress of the deal.

Reports say Barcelona owes Frenkie De Jong in wages worth over $100M, but the player has insisted he wants to stay at Camp Nou.

Frenkie De Jong is top of the priority list for Erik Ten Hag and wants to reunite with the midfielder he worked with at Ajax.

It is said that De Jong is a key part of Ten Hag’s plan, which also includes Christian Eriksen, who the club are yet to announce his signing despite several links to the former Spurs player.

Another player close to joining Manchester United is Argentine defender Lisandro Martinez. Manchester United seems to have beaten Arsenal to his signature, but this has been mainly because of the player’s choice.

Martinez prefers a move to Old Trafford instead of Emirates Stadium, and although multiple sources claim his deal could be finalized on Thursday, this didn’t play out as so.

24-year-old Martinez joined Ajax in 2019 and has played 120 times for the Dutch giants.