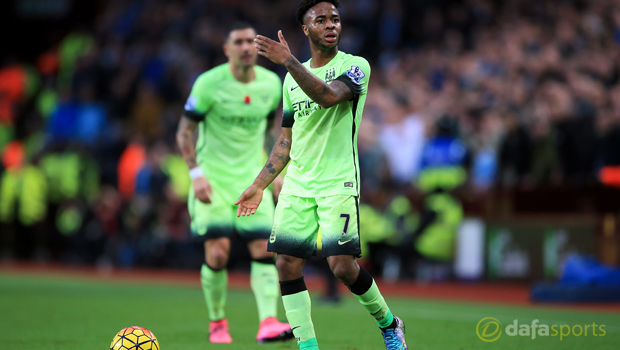 Raheem Sterling claims his current form and progress at Manchester City proves he made the right decision to quit Liverpool in the summer.

The 20-year-old upset fans on Merseyside when he moved to the Etihad Stadium in a £49million deal, but his switch appears to have paid dividends, with Sterling already scoring four goals and providing two assists in 10 league outings to date.

Given that he only managed seven league goals in 35 games for Liverpool last term, Sterling claims his transfer has helped him improve as a player for both club and country.

Speaking ahead of England’s upcoming friendlies against Spain in Alicante on Friday night and Tuesday’s visit of France to Wembley, Sterling feels the standard of player at City is on a higher level.

He is now aiming to go on and collect some silverware over the coming seasons.

He added: “I go into training every day and see the players of that calibre that I am work with – like Vinny [Vincent Kompany], Sergio [Aguero], David [Silva], Joe [Hart].”

“There is only one thing you can do and that is improve with players like that, who have been around for many years and achieving stuff.

“I’m happy to be top of the league and I’ve scored in some important games. We’ve got a good bunch of lads there who’ve helped me settle in really well.

“I am just happy to be in a squad like that and hopefully I can continue my development and win trophies in the future with the football club.”

City are 2.00 to win the Premier League this season, while they are 6.00 to lift the FA Cup and 2.00 to secure the Capital One Cup this season.