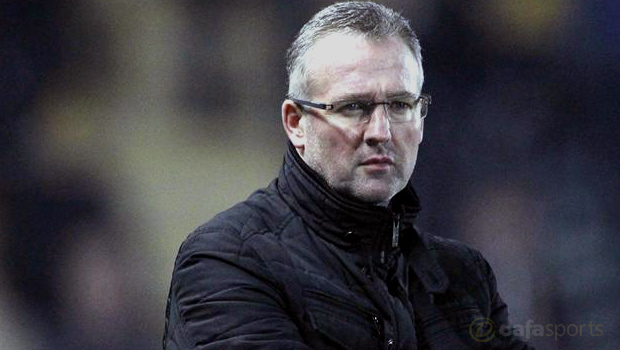 Paul Lambert has been heavily linked with the vacant managerial role at Blackburn Rovers.

The former Norwich and Aston Villa boss is said to be considering his options while on a short break in Germany this weekend.

The Scot has been out of work since parting company with Aston Villa nine months ago. Lambert’s departure from Villa Park in February marked the end of a three-year stint in the Midlands.

As well as Villa and the Canaries, he has managed Colchester United, Wycombe Wanderers and Livingston in his native Scotland.

According to various media outlets, Lambert has held initial talks with both Blackburn Rovers and QPR over the vacant manager positions at both clubs.

Gary Bowyer lost his job at Ewood Park after overseeing just three wins this season and became the eighth managerial departure of the campaign in the Championship, leaving the Lancashire club in the 16th position.

QPR are also searching for a new manager having removed Chris Ramsey from the Loftus Road hotseat. Meanwhile, Fulham were also reported to have placed Lambert on their shortlist to take over at Craven Cottage.

Blackburn’s owners confirmed that the search for Bowyer’s replacement had begun in the immediate aftermath of his departure, with Rovers next scheduled game away at Preston North End next Saturday.

Bowyer’s time as Blackburn boss was halted amidst a run of just one victory in six league games, the 2-0 success at Leeds in late October.

His team had repeatedly failed to turn decent performances into victories in the early months of the season, with half of their 16 league games ending in stalemates.