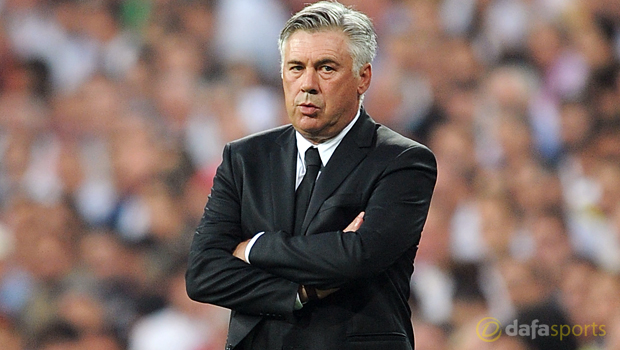 Carlo Ancelotti does not expect Chelsea to sack Jose Mourinho despite the team’s current slump in form, but admitted that he would be interested in a return to Stamford Bridge.

The 56-year-old Italian, who guided the Blues to a Premier League and FA Cup double during his first season in charge in 2009-10 before being sacked a year later, has been an interested observer as the side have dropped down the table.

Chelsea have lost seven of their opening 12 matches – their worst start in 37 years – and sit down in 16th spot.

It is a far cry from last season when the west Londoners comfortably won the title under Mourinho, and Ancelotti feels their problems this term could be down to a lack of motivation from the players rather than bad management.

And while he would throw his hat into the ring to make a comeback to the club given that he is out of work since leaving Real Madrid at the end of last season, Ancelotti feels Mourinho will be backed by owner Roman Abramovich.

“I would have no problem with Chelsea,” he told the Daily Mail. “But Jose won’t be sacked. They already choose to keep him, and I think they made a good choice.”

Ancelotti added: “I look from a distance at Chelsea and I think they won the title easily last year and I don’t think they are so motivated this year.

“It’s true that the manager has to be able to motivate players, but the manager cannot motivate a player if the player is not self-motivated. It’s impossible. They have lost something and it’s difficult to change like a switch. You have to work slowly to change.

“But Mourinho is one of the best managers in the world, no doubt. I look at his body language and he’s OK. He is not so worried. He has confidence. During the Dynamo Kiev game, the supporters were singing his name. He’ll sort it out.”

Chelsea are 4.33 to salvage a top-four finish from this season, while they are 1.44 to win their next Premier League game against Norwich at Stamford Bridge on November 21. The Canaries are 7.00 and the draw is 4.33.